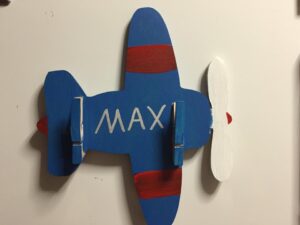 A few weeks ago I ran a 2015 planning webinar with my Ask Natalie Academy members. Traditionally I’m a fairly decent planner. I can write down the plans but my implementation is a little shaky.  I’ve decided that 2015 is going to be different.  We have employed a new mentor and it’s our year to turnover $1 million.  I know we have a really good product, provide outstanding customer service and make a huge difference to our clients, so why can’t we?

However before we complete the planning for 2015 I wanted to review the year which was 2014.  So many amazing things happened in both my business and life.  Looking back now, in December, some of my greatest achievements seem so long ago, when in fact it was only a few months.  Instead of giving you a month by month breakdown, I’ve tried to highlight the important lessons, changes of 2014 and intentions for 2015.

I hope my journey can inspire, motivate or spark something in you, so you can achieve exactly what you want. Because if I can do it, so can you!

Starting the year with Mindset

The first week of January was spent house sitting for a friend.  My days were a mixture of pool time and coffee at the local Zarraffas.  I read; Spirited and Amazing Life & Biz Planner.

Like many of us at this time of the year, I wanted to set up some solid plans for what 2014 would look like. While I can’t say if I actually achieved all the goals, ideas and thoughts I wrote down during those days, 2014 was an amazing year and I’m grateful for the lessons I’ve learned, my achievements and the lifestyle I’ve created.

Fitness. Achievement. Challenges.  This was the first half of 2014.  In May, I completed my first Half Marathon. 8 months prior I’ve never run a step in my life. I wasn’t a runner and still don’t see myself as a runner.  But on the 18th May {my brother’s birthday} I crossed the finished line at the 2014 Great Ocean Road Half Marathon.  My goal was to complete it without walking at all.  It didn’t happen. Yes I did finish but I walked/ran from the 16km point.  I remember at the time crying for days about how disappointed I felt with myself and as I’m writing this now with tears in my eyes, I can’t believe the emotions this still holds for me. This is something to examine further over the next few weeks, but 2015 won’t hold a half marathon for me. More on this later.

From the 11th March 2014 I started a 9 week weight loss challenge with my gym – Vision Personal Training – my goal was to lose 20kg over the 9 weeks. I didn’t achieve this but I did achieve about 10kg.  Funnily I have no emotional attachment to this.  You see, since August 2013 I’ve lost a total of 25kg and I’m extremely proud of my efforts. I’ve still got a few more kgs to go but 2015 will be focused on other things.

I guess the running and the weight loss for me, of course, are about the actual results. But most importantly about my mindset, and how, if I can achieve this, I can achieve anything. They said that running is 90% mindset and 10% physical. I believe it’s 99.9% mindset and only 0.1% physical and the same with weight loss, challenges, business and life. Get your mindset sorted first and the rest becomes easy. I’ve blogged more about my weight loss challenge here and here and my half marathon experience here.

Money Mindset Speaking of mindset, in August 2014 we had our first $10,000 month in sales from one $97 product – Your FB Marketing Made Easy.  At the time I posted about it in a Facebook Group I’m apart of and one lady commented that she didn’t think $10,000 was possible for her. My response; I didn’t think it was possible for me either.

I’ve always set goals and intentions never really knowing how I was going to achieve them.  Still to this day it’s the same. I did always have this feeling, a knowing, that I would achieve it. I remember having conversation with my best friend during August about how our income was tracking. And she would say things like it’s almost half way through and you aren’t at $5,000 yet. Do you think you will make it? And I would say Yes.  In August we managed to get 29 sales on the final day, almost $3,000 or a third of our total income in just one day.

In September I wanted to achieve $15,000, again not knowing how I was going to achieve it. But we did.  And we are now working on increasing our money mindset more. In early January we are attending a Millionaire Mindset 3 day course as 2015 is our year for $1 million income.

Starting with the ‘believe in yourself’ is the key to being successful in business. Don’t listen to the people who tell you it’s not possible. Seek out others who are achieving exactly what you want to achieve.  So of the women who inspire me are;

>> Denise Duffield-Thomas – the money mindset entrepreneur who is designing her business around not be being busy, her baby, flexibility and ease

As part of my health and fitness journey my diet changed dramatically. I don’t care to go into the specifics and you can find something which works for you. However once I got my diet correct for me I noticed huge amount of change;

>> My mind was clearer. I was making better decisions. Quicker. With less confusion

>> Energy. I was able to run, dance and still work up to 5 hours per day with no fatigue

In 2014 instead of my business taking up the majority of my time, I decided to build a lifestyle. I was always one of those people that if you give me an 10 hours to complete something, it would take me 10 hours. Give me one and I can get it done. I thrive on deadlines and short time frames.

Instead of working the standard 9 – 5 Monday to Friday I would get the work done on my timeframe.  The way I ensured that it actually got done, was to fill the rest of my time with things I enjoyed.  Mainly dancing, running {for the first half of the year}, breakfast out and gym. Currently my lifestyle business is only supporting me and not yet my husband but I’m working on that in 2015.  I started the year doing 3 dance classes per week and during our highest income months – August – October I was doing up to 6 classes per week.

As I was spending my time on highly enjoyable things, when I had to get down to biz. I got the work done.  In 2015 this is going to change again, there will be less dancing… but my time will be filled with really important things.  More on this later.

My time became more valuable to me. For example in January I spent one whole day giving away free 15 min chats. Over 30 people booked in and less than 20 actually showed up. My focus, moving forward, was for more leveraged use of my time, to reach more people and make a bigger impact.  In 2014 this was mainly done via webinars and I see this continuing into 2015.

I learned a few years ago about giving away time for free and I’m getting better each and every day at saying no to people who want free chats, me to call them or coffee dates. I would prefer to be sitting on the couch watching TV, reading a book or dancing than to give away an hour of my time for free. I’ve learned over time that most people don’t value what they don’t pay for and they never make any changes based on the information I’ve given them. This might sound horrible or nasty but at the end of the day, it’s my business and my rules. I would be recommending that you do the same for your business.

On the 1st June 2014 I married a wonderful, darling man – Dean.  We have been together for 12 years before we took the plunge and got married.  It was an amazing day. A Sunday morning ceremony in the garden at Royal Pines followed by a lunch reception at Videre on the 21st floor overlooking the golf course and Gold Coast. You can view some wedding photos here.

The whole day was magical. Everything was perfect with no drama. The makeup lady commented how relaxed I was. I said the only drama would be if Dean didn’t turn up, otherwise everything else didn’t matter.  The days after the wedding were spent in our suite drinking champagne and eating cupcakes {leftovers of the wedding cake}.  We then did a week long cruise around the Pacific Islands.  As we had been to Europe the year before and were saving for a trip to Galapagos we wanted something easy and no fuss – which of course – cruises are.

When Dean and I first started dating we went on a similar cruise and were sitting with a couple who were celebrating their honeymoon. I remember saying to Dean, “as if you would do this cruise for your honeymoon, I would never do that” and then 12 years later we were basically doing the same thing – this caused a lots of laughs for the week.

After 12 years together we were very happy with the ways things were and marriage wasn’t really on the cards. That was until I decided that I did infact want children.  I’d spent our whole relationship telling Dean that I wasn’t going to have children and he needed to be happy with that fact. And then one day I suddenly realised that I did. Dean’s response “I knew you would change your mind”.

As you can imagine, 2015 will be a year of uncertainty. I can only plan so much and I really don’t know what to expect with a newborn baby.  It’s really a matter of watch this space.  For at least some of the time things such as running, dancing and weight loss challenges will be on the back burner while I focus on baby Max and what he needs.

>> I tried stand up padding boarding and loved it. I did it twice during 2014 and would love to do more of this in the future

>> I spoke at a variety of events from; Women’s Network Australia, Facebook Bootcamp, Virtual Assistance Conference and Digital Conference.

>> My dancing team placed 1st and 2nd at the local dance competitions for our tap routines.